From the Wigwam to the Cottage 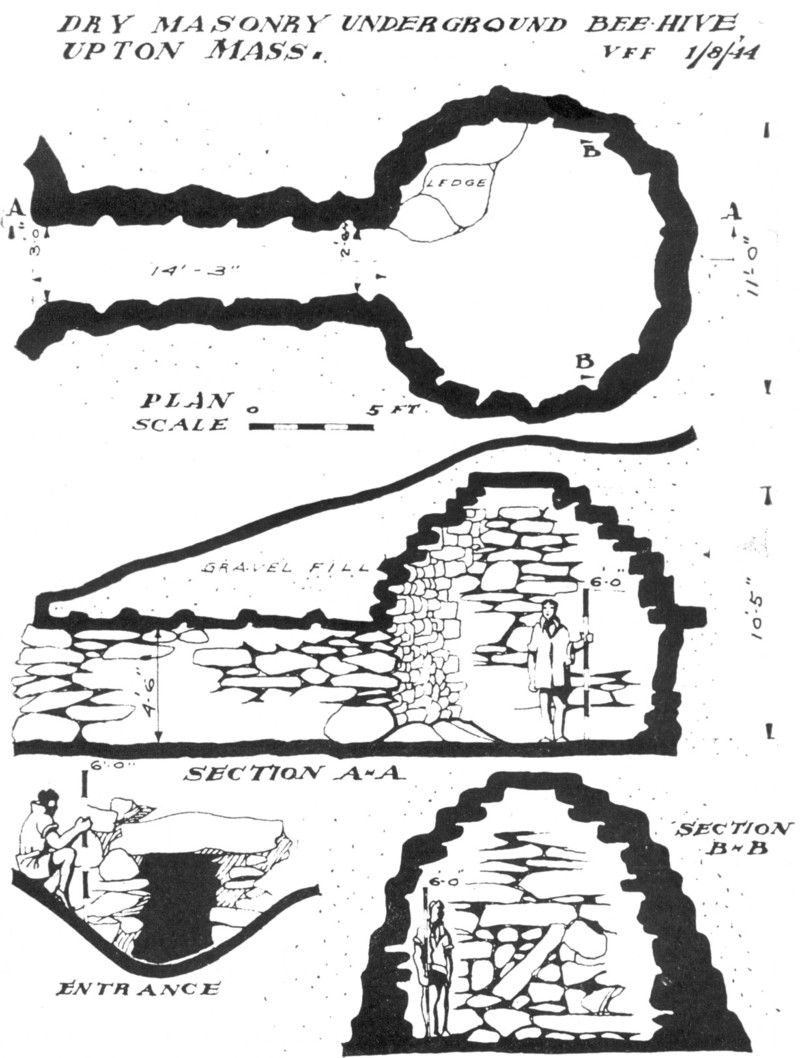 A lot of New England homes are older than the United States itself. Many of the old ones have signs out front telling when they were built, but a trained eye doesn’t need a plaque to know when the house was built. There were distinct styles over the years, and in an old place, you can see excellent examples of each.

Some of the earliest permanent structures in New England were made from dry-stacking stone.  One example of the several hundred stone chambers in New England is the Upton Chamber, in Massachusetts (see image on the right); described as an underground beehive twelve feet in diameter and eleven feet high, with a 14 foot tunnel entrance and, according to NativeAmericanRoots.net, a capstone weighing several tons.

The chamber’s origin and intended use are a bit of a mystery—there is evidence it was an astronomical observatory—but its durability is unquestioned. #DryStackWorksEveryTime

Many Native American villages in New England, like those of the Algonquians, were “temporary and mobile,” because the people moved following seasonal food supplies. 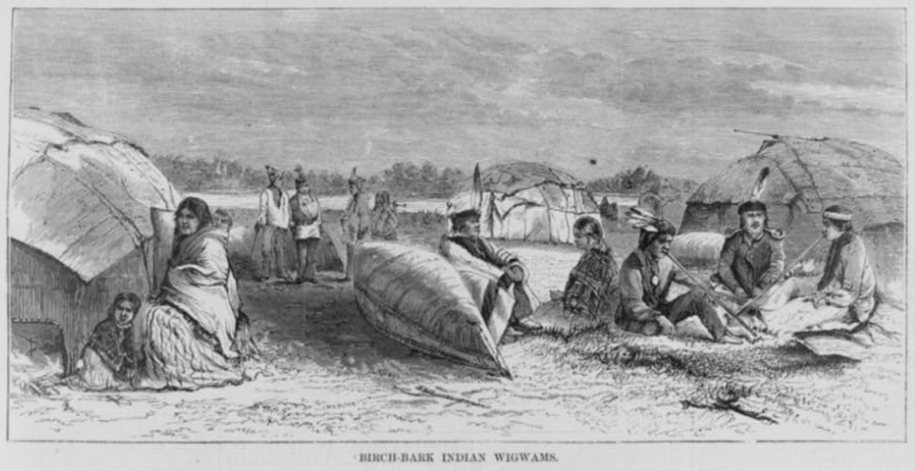 “In warm weather, they constructed light wigwams for portability. Wigwams are a type of hut which usually had buckskin doors. 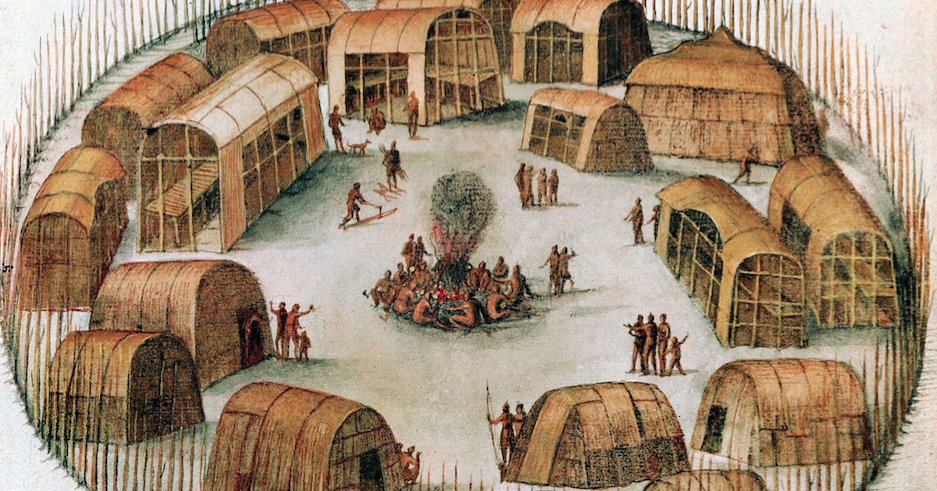 In the winter, they erected the more substantial long houses, in which more than one clan could reside. They cached food supplies in more permanent, semi-subterranean structures...” such as the aforementioned chambers, read a Wikipedia entry. 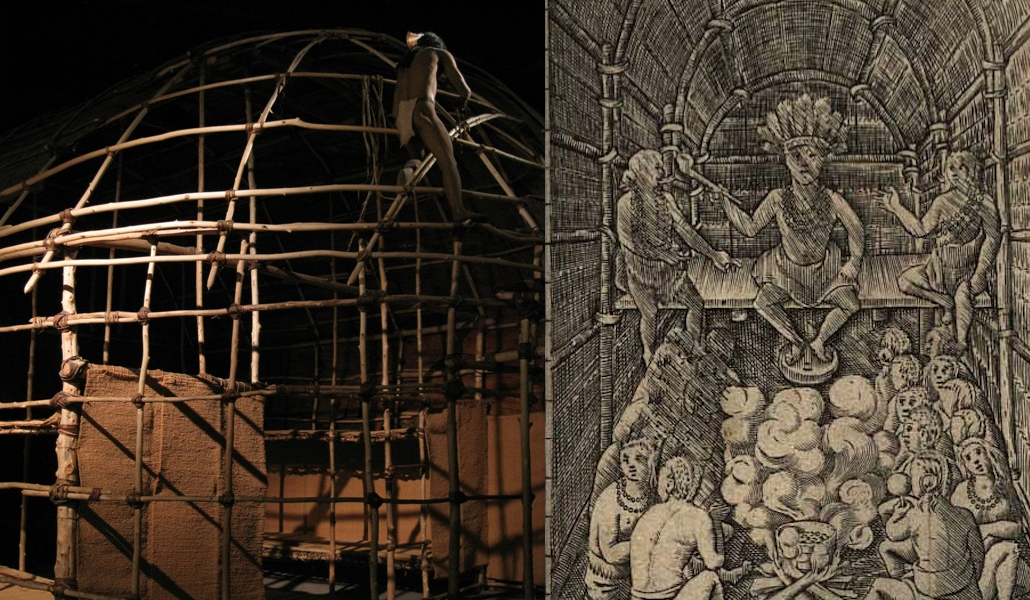 The party is over for Native Americans when English colonists invades

The colonists continued to use dry-stack masonry for foundations and walls. Because there was plenty of wood, colonists chose it over wattle-and-daub and other construction methods of wood-strapped Europe.

The early architecture was fairly simple: a rectangular shape with a steep roof and little ornamentation. Colonial homes, sometimes referred to as Post-Medieval English, were modeled after English homes because––the colonists were English (duh). 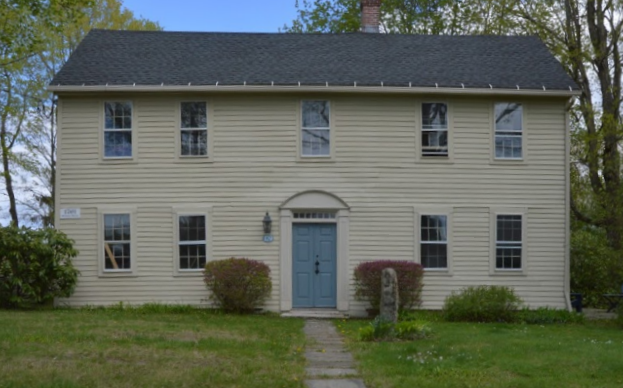 Many Colonial houses have a small overhang, which probably harkens back to the overhangs in the Old Country the extended over storefront-lined sidewalks to protect pedestrians from rain. Ornamentation was kept to a minimum, often in the form of pendants at the corners. 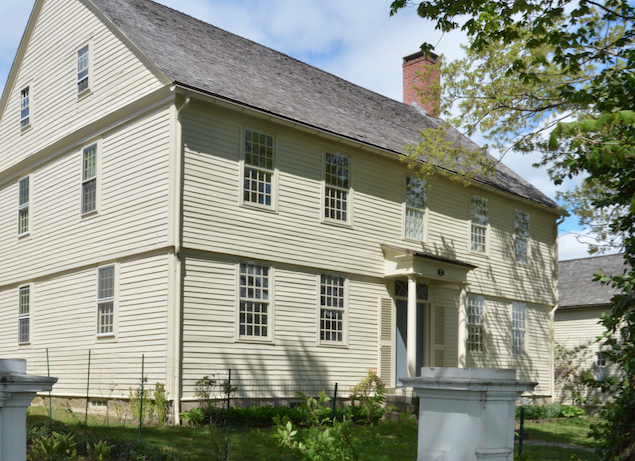 Colonial mansions followed the lead of English or French architects designing in the Georgian style, which embraced Roman rules of architecture rather than the Greek orders. 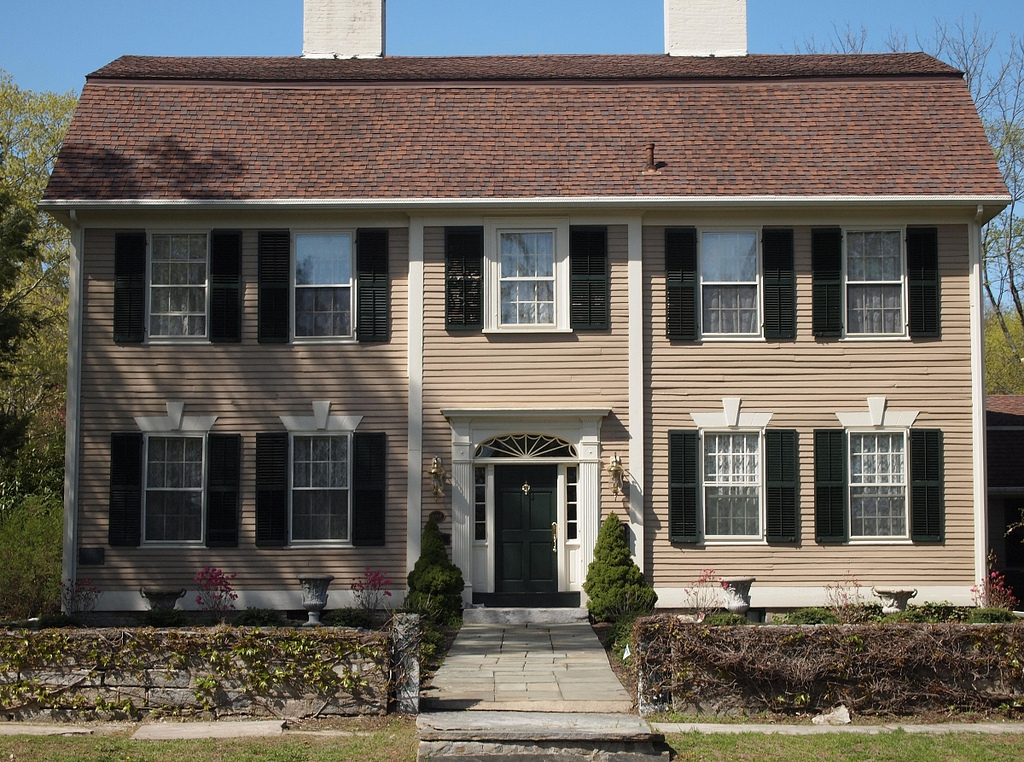 Until we gave Great Britain the boot in 1776, Georgian ruled. 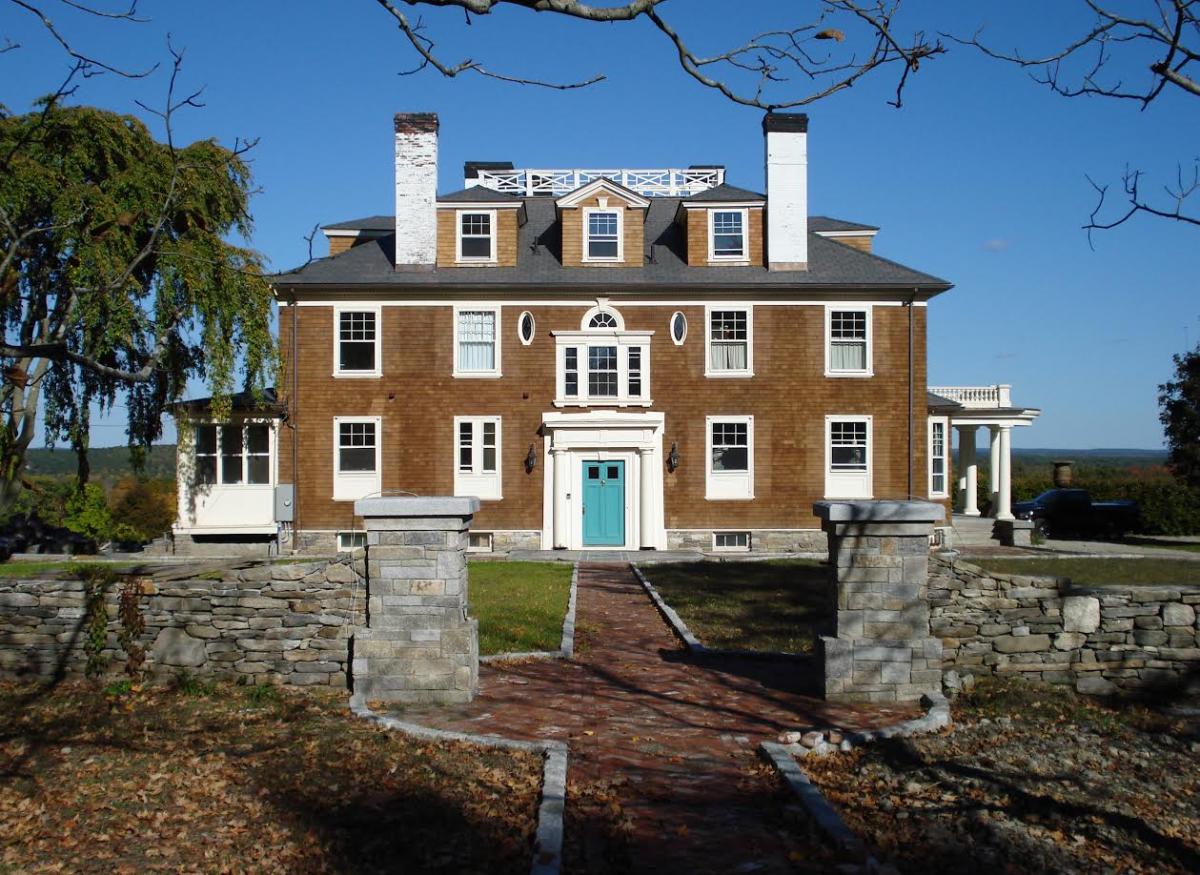 After winning independence and establishing the democratic republic, architects and builders eschewed the English and Roman influence in favor of Federalism, stripping down the embellishment in favor of Ancient proportions to please the eye. 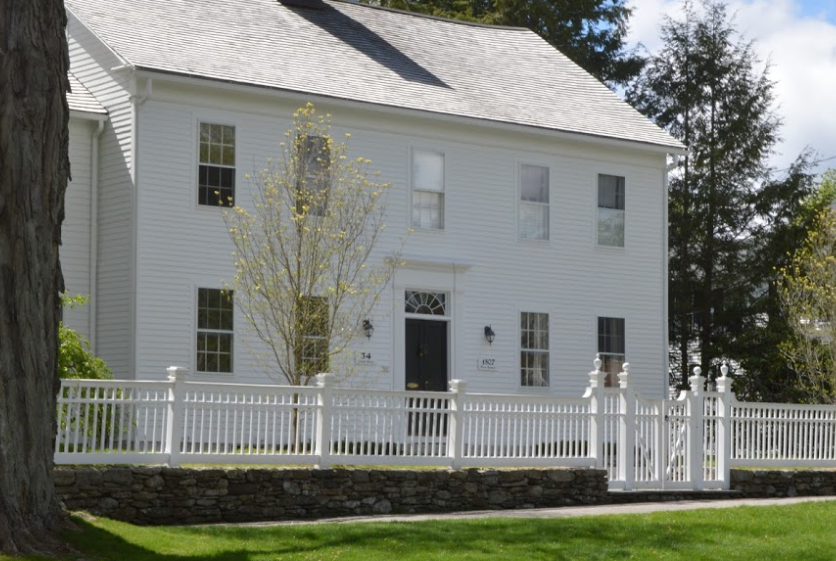 Adding some more detail to the stripped down Federal style led to the many examples of Greek Revival farmhouses and churches throughout New England.

According to the Preservation Collaborative of New England, Greek Revival was the first form of American architecture.

'Greeking it up' in America took many forms, depending on the house being built. Country farmhouses and cottages had less embellishment than city mansions, churches, and government buildings. 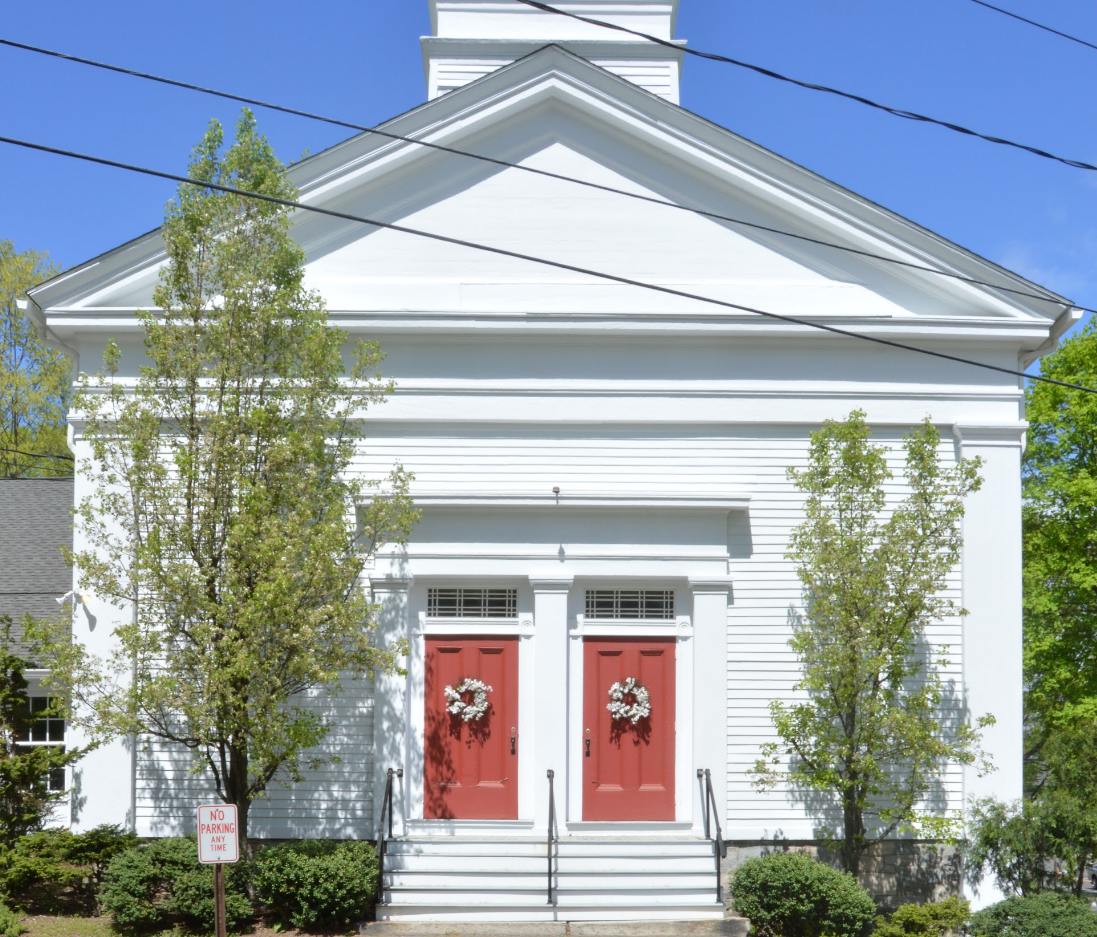 But even scaled-down detailing can be proportionally correct if the Orders of Architecture are followed.

In a nutshell, this means looking to the Classical columns, capitals, and bases for guidance, specifically, the Greek Orders: Doric, Ionic, and Corinthian. 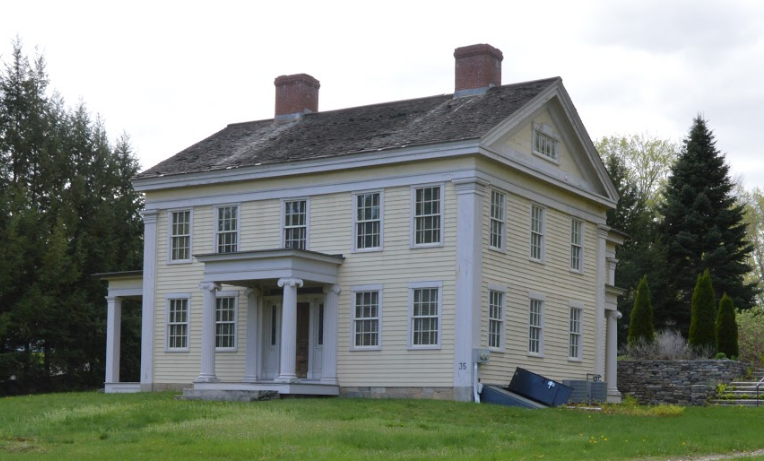 One simple way to ‘Greek up’ a farmhouse was to turn the gable toward the street and treat the whole facade as a pediment. 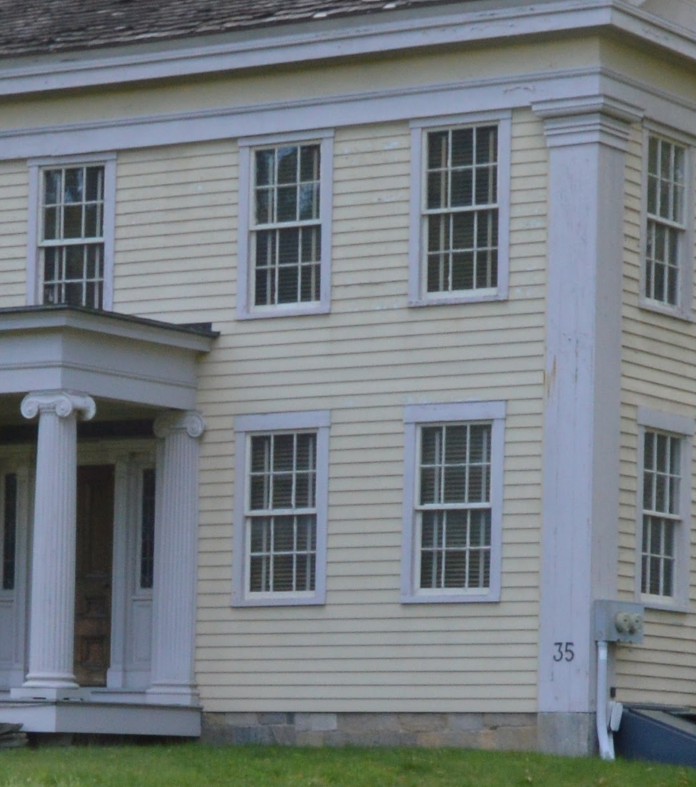 Wide corner boards mimicked the columns, Raking cornice and frieze boards that defined the pediment was a typical—and simple—way to achieve Greek Revival detailing on a house.

The pediment treatment can also be shrunk down to door trim and dormers. 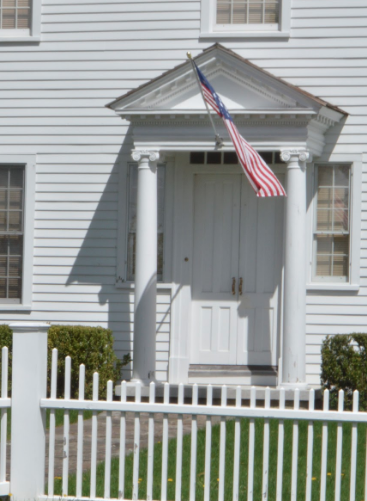 With the invention of power tools (i.e, steam-powered sawmills) came an abundance of intricate mass-produced moldings, and with them, the Victorian era, which lasted through the early 20th century. Its many different styles included Gothic Revival, Italianate. Second Empire, Queen Anne, and Shingle.

As embellishment ebbed and flowed through different periods of American architecture, so it did within individual periods too, like Victorian. The level of detail rose through the Victorian phases to Queen Anne, and then pulled back in the Shingle style.

The pullback continued into the Craftsman style, which celebrated joinery over profiles and local materials over imported. Most recognizable from the period are the ubiquitous craftsman bungalows of the early 20th century through about the 1930’s.

Contemporary to the Craftsman movement was a colonial revival, which took root about 100 years after the Union was formed (and a decade after it was preserved). We celebrated 100 years of success as a nation by celebrating early American architecture. The simpler designs were economical to build, and by cutting back on some of the big stuff, like corner boards, the homes were even more approachable for all income classes––especially as the two-family units that are seen all over the place in New England.

A local version of Colonial Revival is what Ben is building on the Model Remodel: New England Cottage style. His original drawings used the closed cornice across the gable ends, 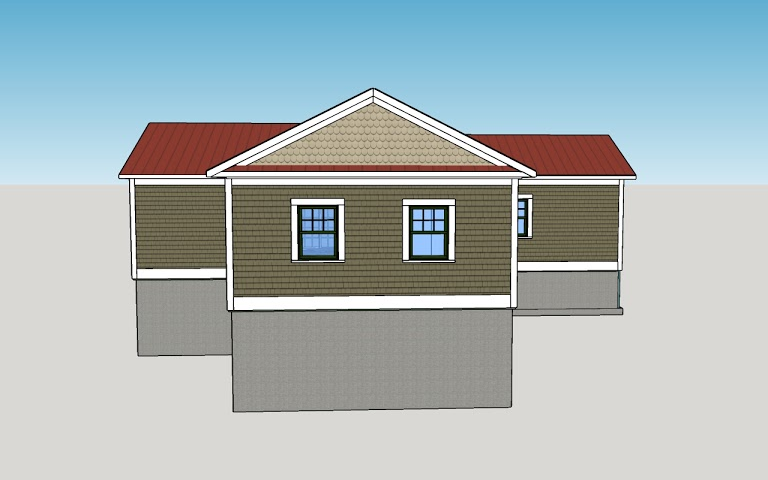 but some siding decisions changed the detail to cornice returns and an open gable.

Why are we talking about Colonial Revival and New England Cottages when we told you last week that the Model ReModel house is going to be a bungalow?

There is a thing in remodeling called 'change of plans,' and the architectural style of this makeover was one of the first changes of plans

As the design progressed, the client steered away from the craftsman bungalow we talked about in the sizzle reel and toward traditional New England Cottage Style that we see in these drawings. So here we are––in a great spot for a quick lesson in architectural history, classical proportions, and coping with change.